Party is an in-game feature that allows the players to form groups, which means that the players can participate in several PvE and PvP activities together as a pre-made team.

Parties have their own set of loot and exp distribution rules that can be changed by a party leader (further PL).

Playing as a party is easier than playing solo, at least in some ways.

The maximum amount of players in a single party is 5. 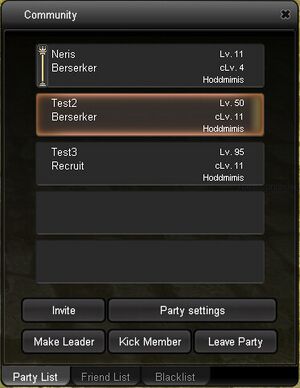